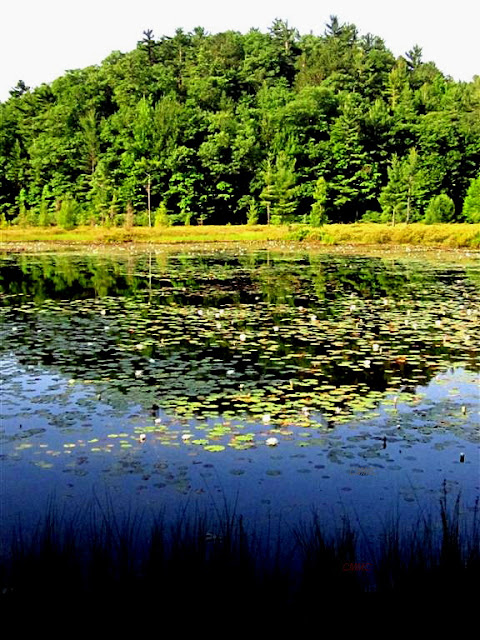 In "Michigan Wildlife Viewing Guide" it says that Lost Lake isn't really a lake at all, but a bog, a poorly drained, slightly acidic wetland. 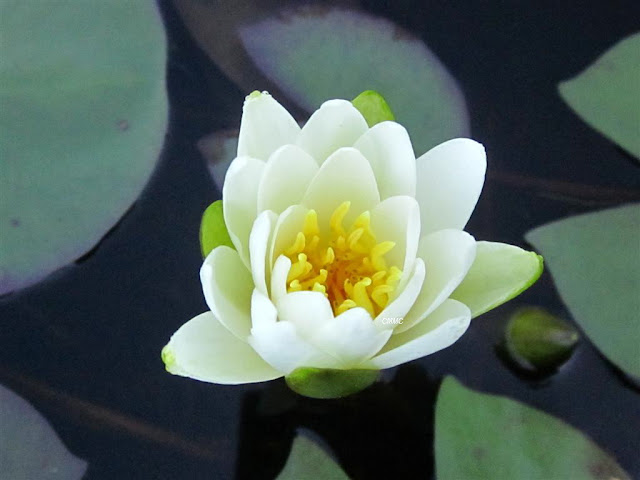 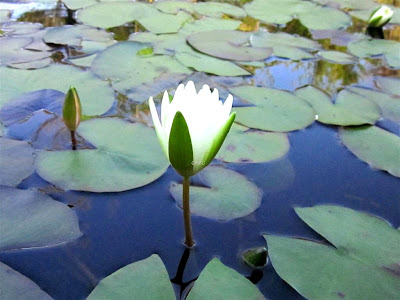 These are sweet scented but were too far out in the water to get a whiff. 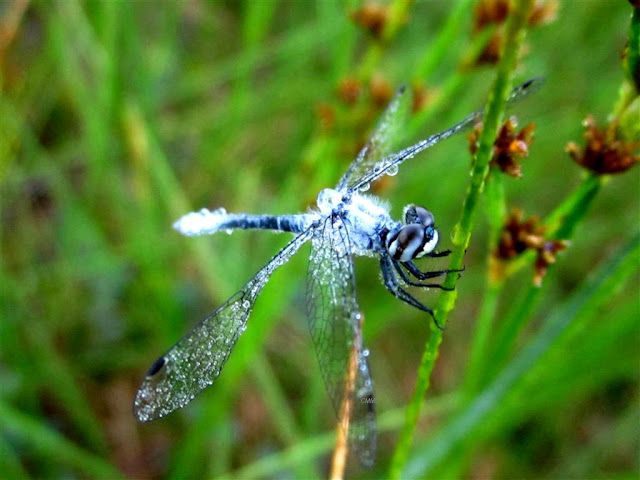 Dragonfly covered with dew, is it a Blue Dasher? 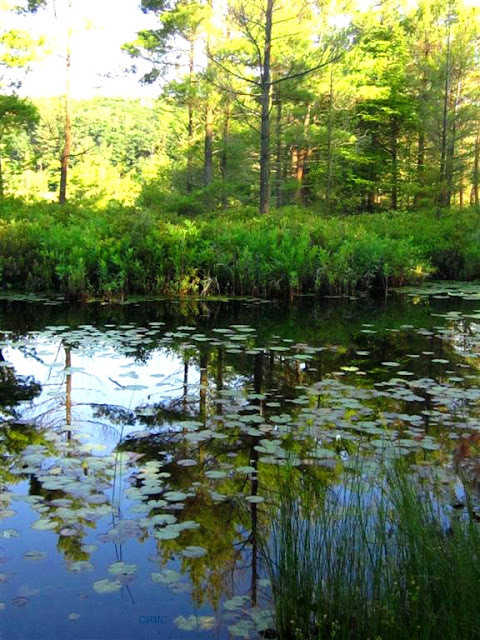 A little corner of Lost Lake 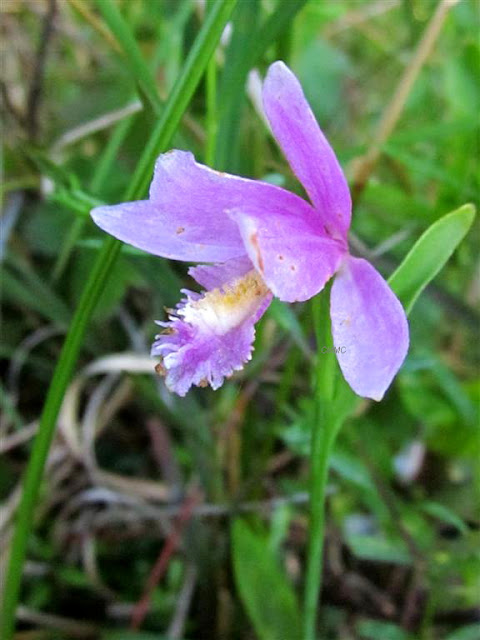 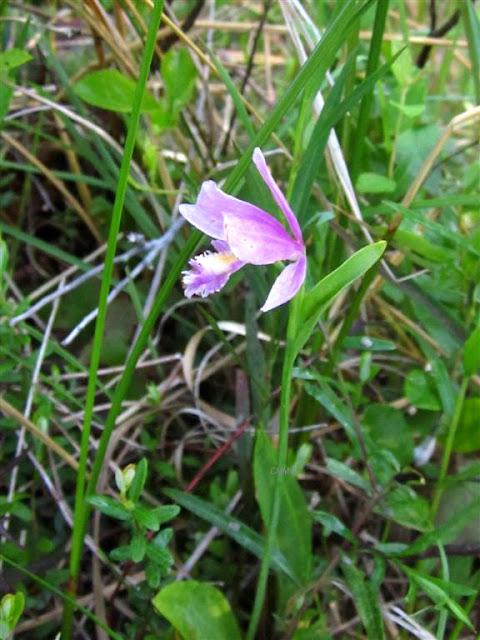 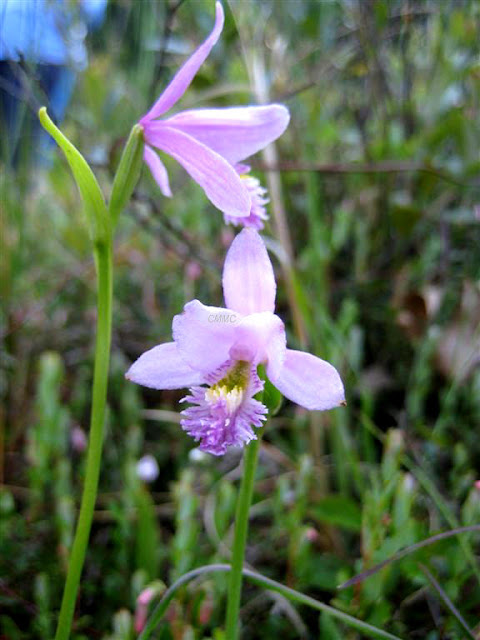 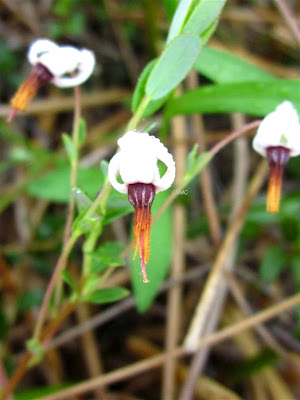 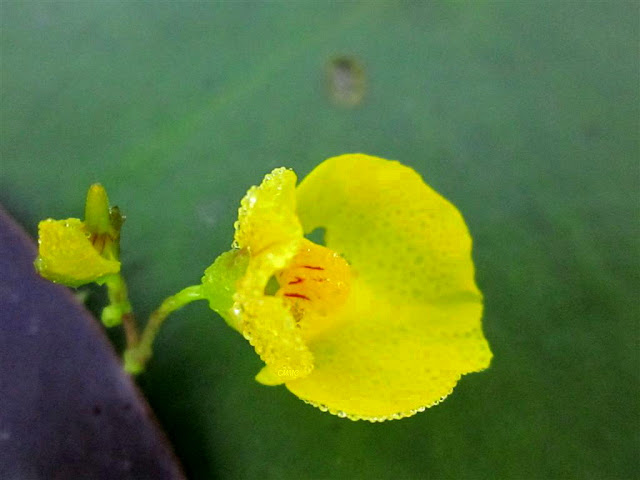 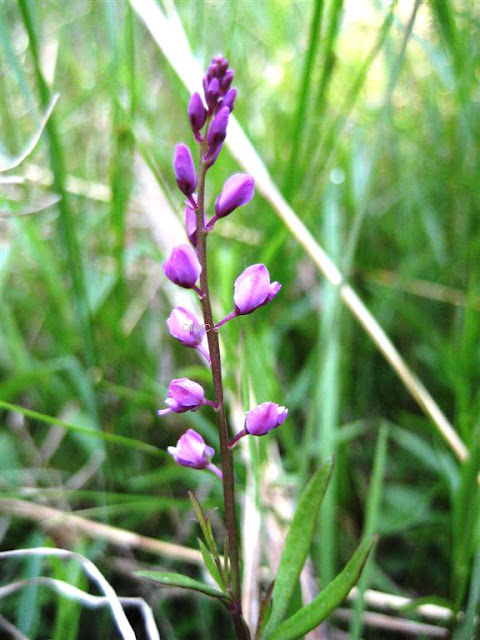 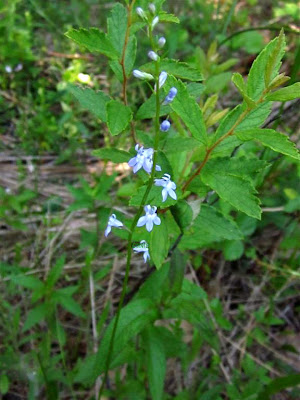 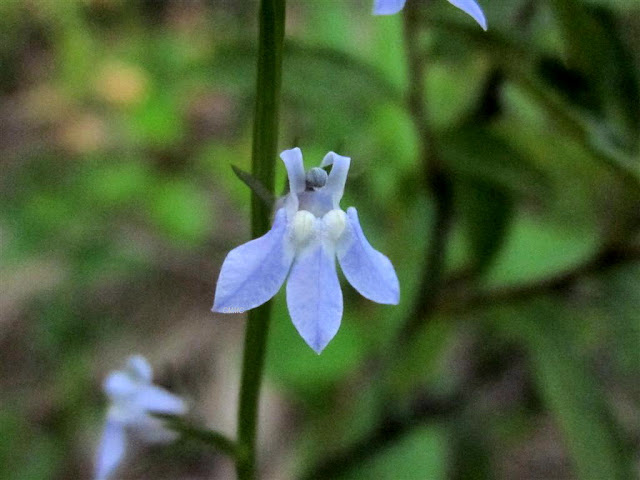 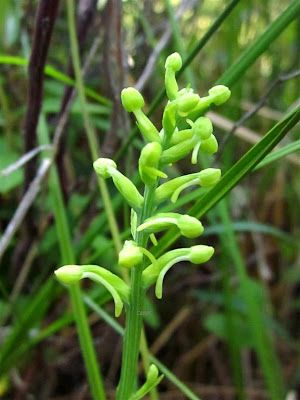 Another Orchid, maybe Green Wood Orchid, also called Club-spur Orchid (Platanthera clavellata), but according to "Orchids of the North Woods" by Kim and Cindy Risen, Club-spur Orchid has a single pointed, oblong shaped leaf clasping the stem near or just below its midpoint,  Hm... may appear basal when buried in deep sphagnum.  Those are the leaves in the next picture.  Could it be Blunt-leaf Orchid (Platanthera obtusata)?  Yes it could.  The other problem is that it wasn't openly blooming. 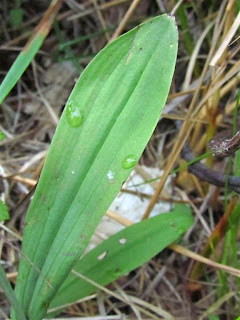 I like this book,
"Orchids of the North Woods" by Kim and Cindy Risen, it has all the info you need for each orchid on one page. 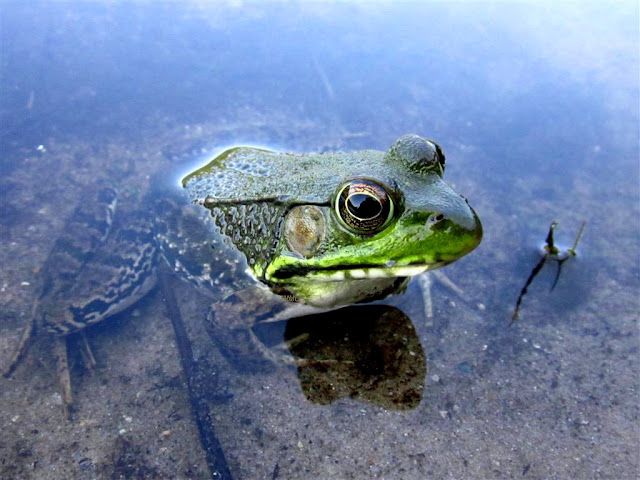 First I saw this guy (or girl?), later I visited with his brother,

He's smiling, isn't he?  And they are bullfrogs right? 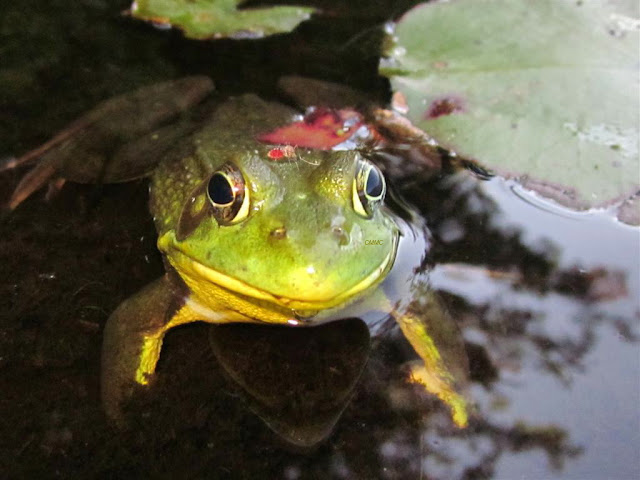 I left the frogs, we went on a ways when we started seeing these little white things on the ground, hm... curious.  It didn't take Marie long to find the shrub that they fell from.  But we haven't identified it yet 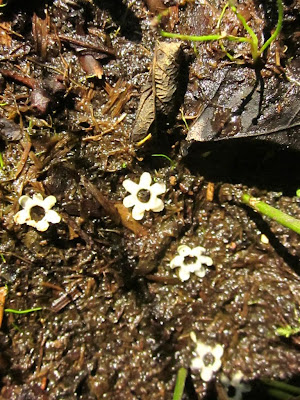 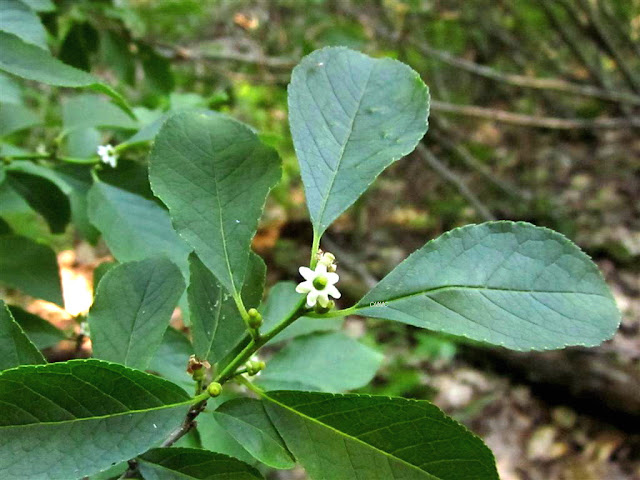 Lost Lake is a special place, one of our many favorites.
Posted by Plants Amaze Me at Saturday, August 06, 2011

Your first picture is so cool! Guess you can't call it Lost Lake anymore - hahaha. Smiling frog looks so friendly I want to pet him!

To Sandy, yes we now call it "Found Lake" :)
Those frogs look cute and friendly but actually they can take 'er arm off!

Now we know the shrub at the end of this blog. The one with the white circles on the ground is - Winterberry!
M :)

M :) Yes we did learn that those little white circles are from the Winterberry (Michigan Holly)! You are the Grand Master of Knowledge!
And I am but the lowly Grasshopper.
Where are we going next time? Hey aren't you at WORK?