On November 3rd of 2009 my sister Marie and I took an adventure to White's Bridge. 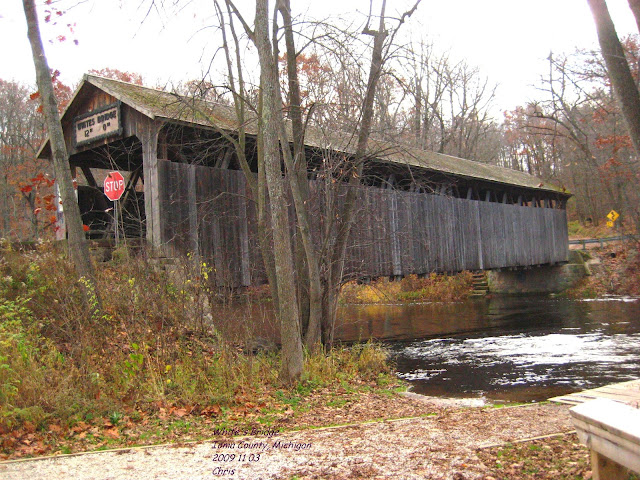 "Whites Bridge (alternatively White's Bridge) was a 120-foot (37 m) span Brown truss covered bridge erected in 1869 in Keene Township, Michigan, United States near Smyrna on the Flat River. Carrying Whites Bridge Road across the Flat, it was located north of the Fallasburg and south of Smyrna. It was among the area's best-known 19th century structures.  Complete loss of the bridge as the result of arson came on the morning of July 7th, 2013." 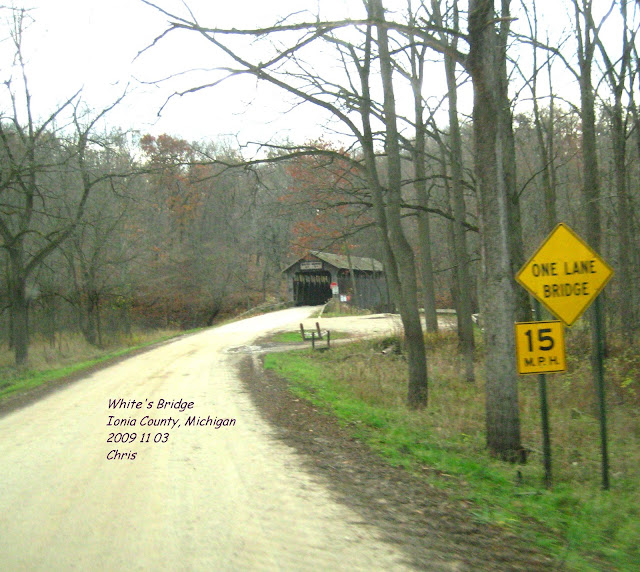 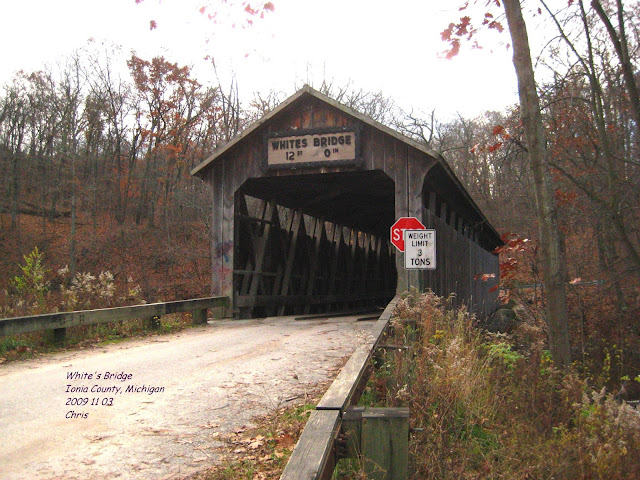 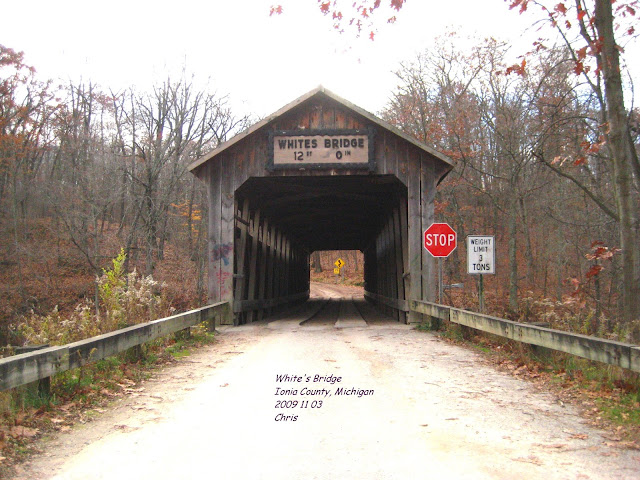 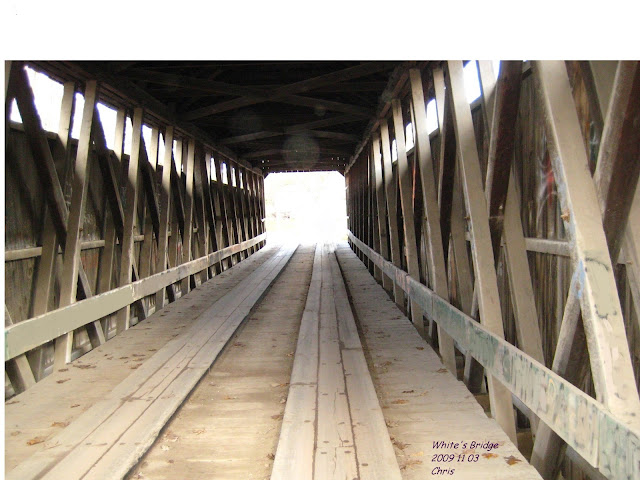 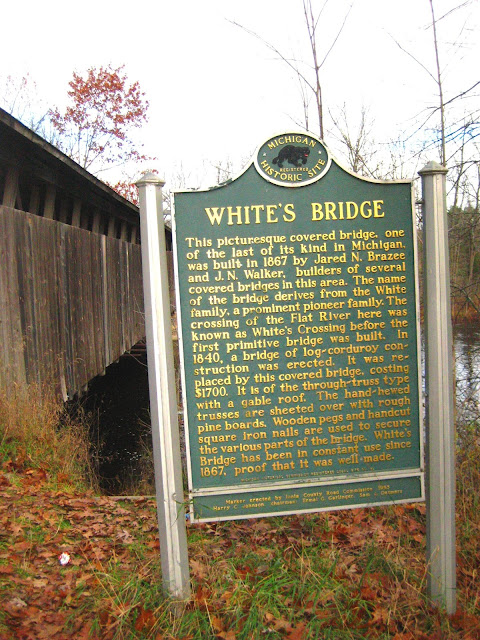 Very sad. It was a beautiful old bridge. I can't understand why someone would do such a thing to it. There's no replacing it, because the treasure of it lay as much in its history as in its appearance.

Yes very sad. What you wrote is so true, even if they replaced it, it wouldn't be the same.

The same thing happened here and it was rebuilt to look exactly the same. That was for the tourists though. To those of us who live in the area it will never be the same.

The same thing happened to the covered bridge in Ada back in the early 1970s, when I was in high school. That bridge got rebuilt. But everyone knows it's not the original bridge.

I was saddened by the news of the senseless destruction of the bridge, to add insult to injury, they caught a couple stealing the metal from the bridge a few days after it burned. I hope that the judge throws two books at the perps!

Glad we went to see it. Super to have your photos. Hard to believe that it's really gone. :(
M :)

I've been to that bridge, it is open to foot traffic only now. It was known as "Bradfield Bridge".
Bridges are very interesting, I have used the site
http://www.historicbridges.org/ to find some old ones. My sister and I have visited many of the bridges in the area.
:)

That's too bad, I can't understand it either. The comment from Stormhorn said "There's no replacing it, because the treasure of it lay as much in its history as in its appearance."

I saw that part on the news too about someone stealing the metal. Like you say senseless!

We have gone to quite a few bridges, I have lots of portal view photos - now we need a list of every bridge we have been to. You make the list okay. :)