May 3 2011  Aman park is covered with Large-Flowered Trillium, a native perennial wildflower of Michigan, a member of the Lily family.  This park (331 acres) is along M-45 just east of the Grand River in Ottawa County about 6 miles west of the city of Grand Rapids. 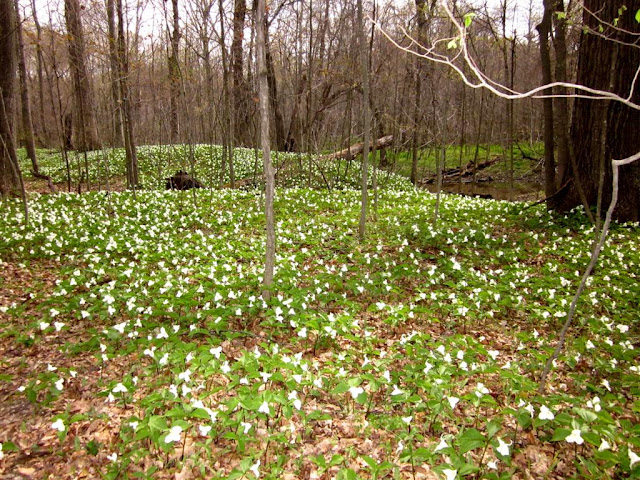 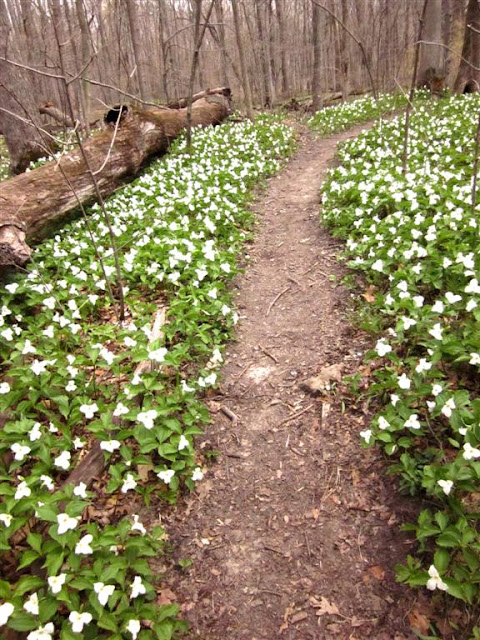 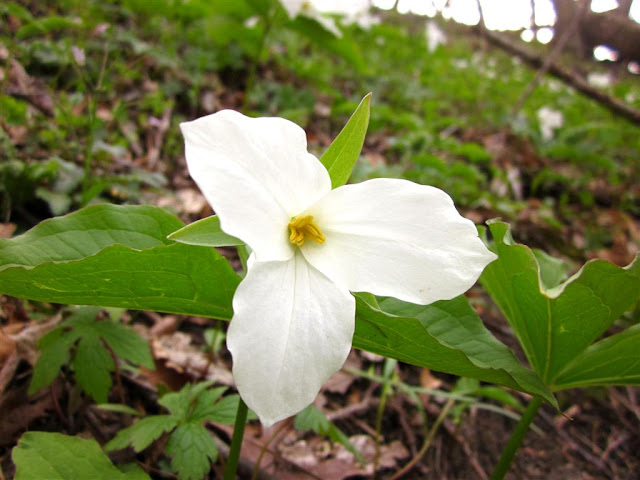 Large-Flowered Trillium
Also ready to bloom are hundreds of  Virginia Bluebell also a native perennial plant, this one is part of the Borage family. 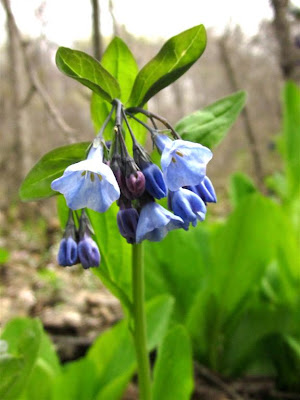 The Virginia Bluebell were just starting to open. 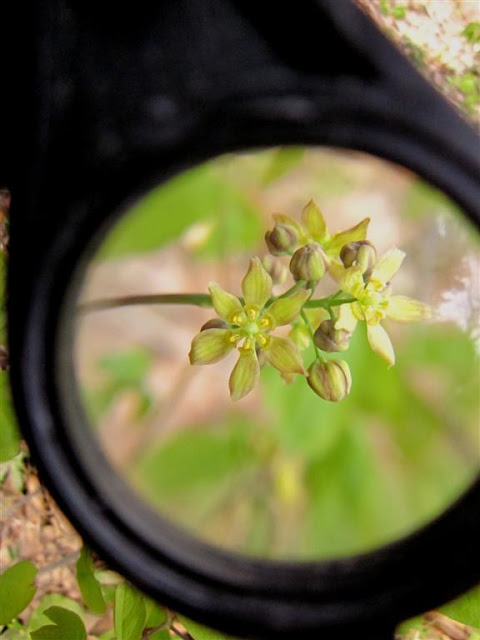 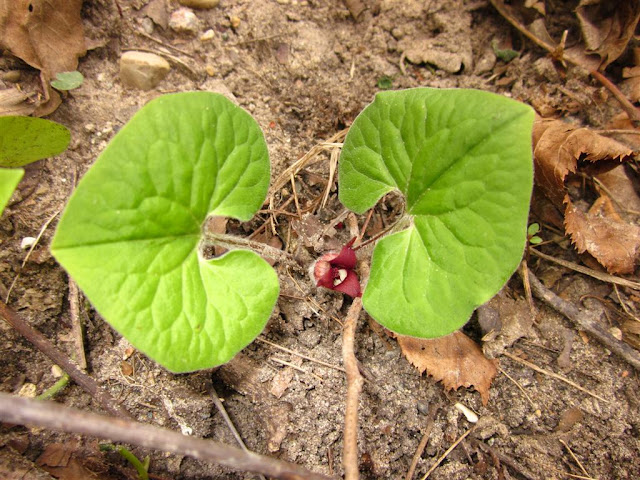 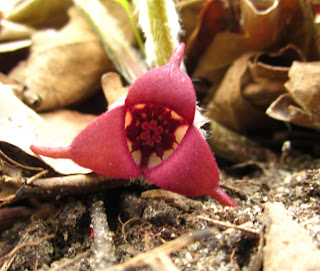 Wild Ginger
The Shad (Serviceberry) are blooming, so is Spicebush.
We found some young Paw Paw trees at the north end of the park with new growth on the stems, flower buds I think. 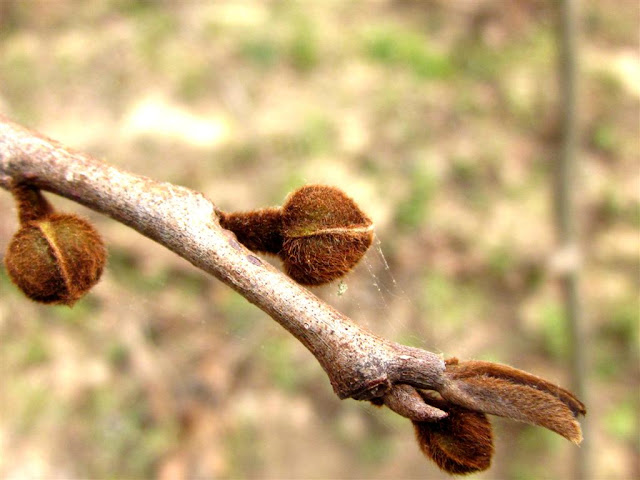 Paw Paw
Back at the car we enjoyed a cup of coffee and piece of cake then went to see wildflowers at Riverside Park in Robinson Township.  Riverside Park was flooded. 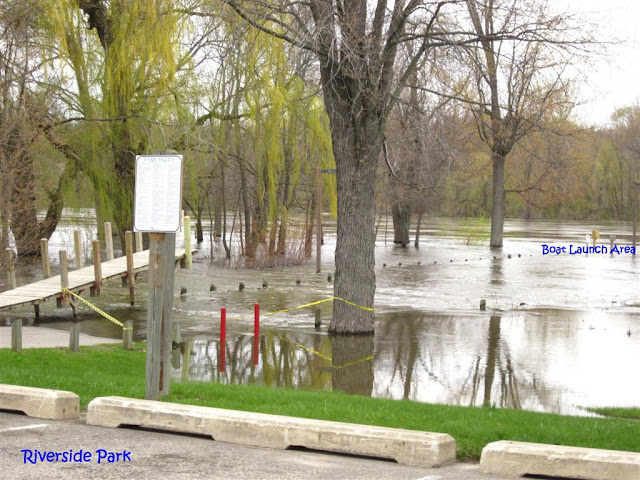 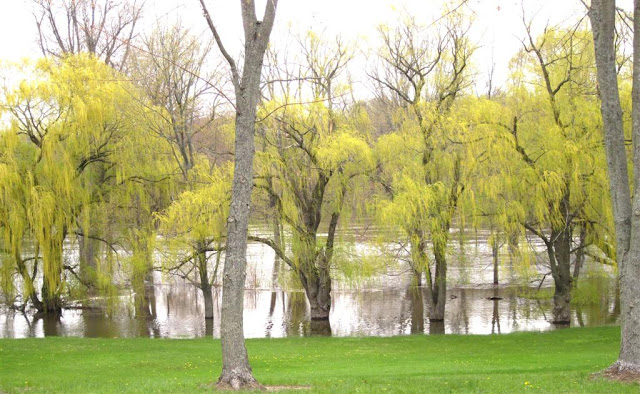 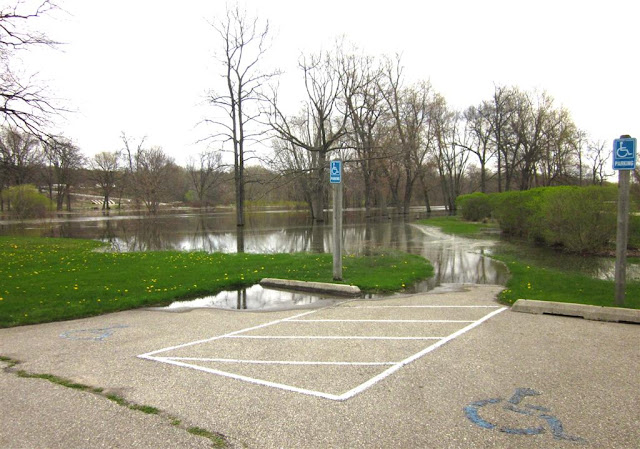 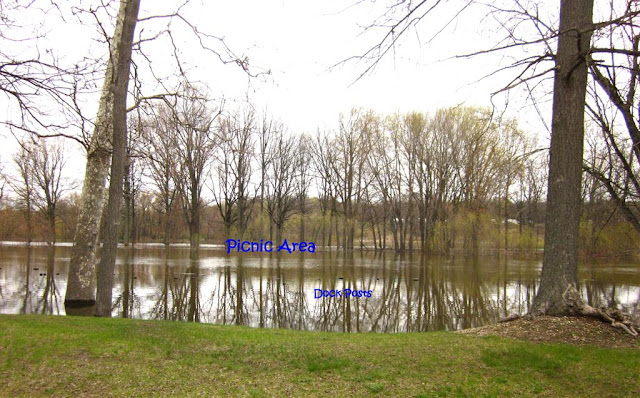 Every spring, I'm amazed by the profusion of trilliums blooming! Your Virginia Bluebells really look like bells. Look at that unassuming Blue Cohosh flower through my hand lens, what a shot. We did see a lot of flowers but they were all so beautiful, out there growing without anyone's help or interference. The symmetry of the Wild Ginger flower, growing on the ground, no less. Those Paw Paw buds were very fuzzy. Flooding at Riverside was scary but it's probably gone today. Thanks for the memories! M :)

It was all breathtaking.

@ Marie
I'm so glad we are able to go on our adventures each week! Can you believe we saw over twenty blooming wildflowers? :)