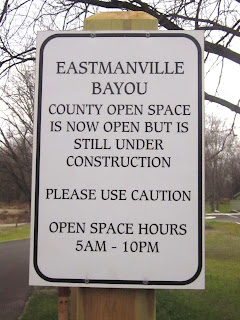 Eastmanville Bayou Open Space
(Ottawa County http://www.miottawa.org/ParksVI/Parks/ebayou.htm)
is open but under construction, located in Allendale Township along the south bank of the Grand River on 68th Avenue south of  Leonard Street. 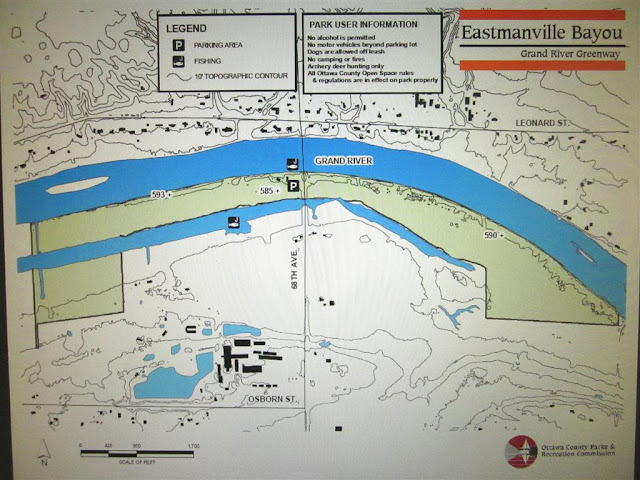 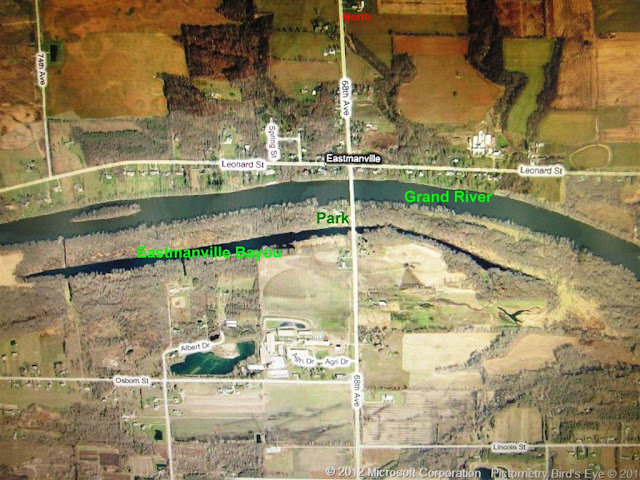 The trail to the east starts off under the bridge and continues along a wide mowed loop trail, about one mile round trip. 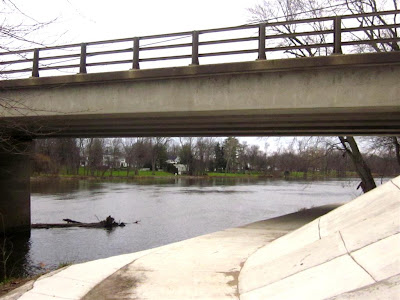 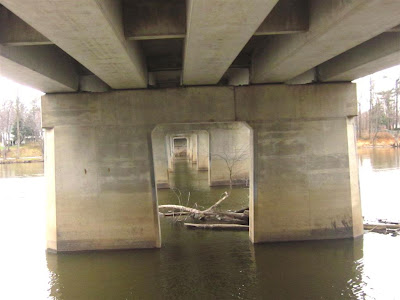 We continued farther than the loop trail until we were south of Deer Creek Park. 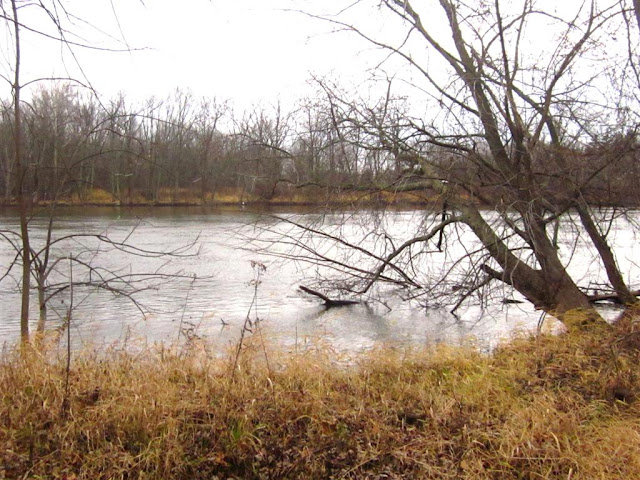 Grand River
We had to go off trail into some of the swampy areas.  We found an eagle's nest, singing trees, and lots of deer stands.  Our walk to the east of the bridge was over two miles. 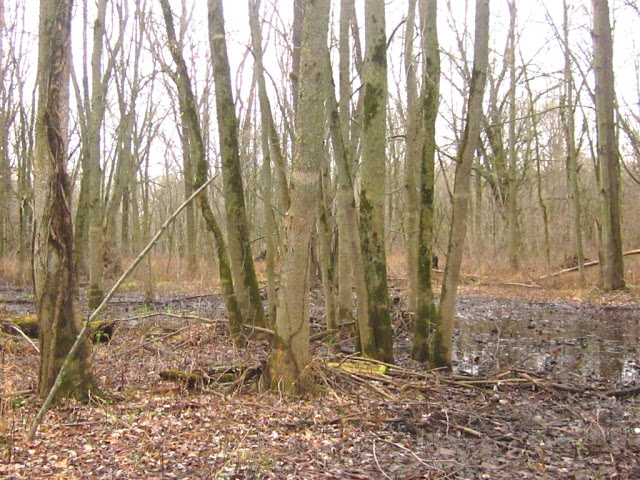 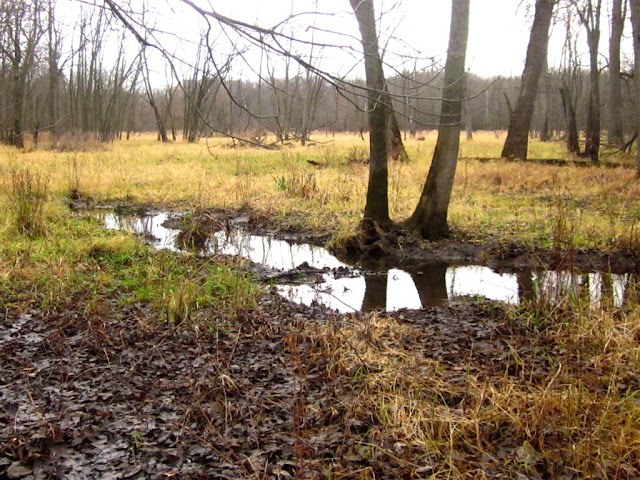 The wildflowers aren't doing much this time of year, so we check out the trees, moss, lichen, rocks, or whatever we come across. 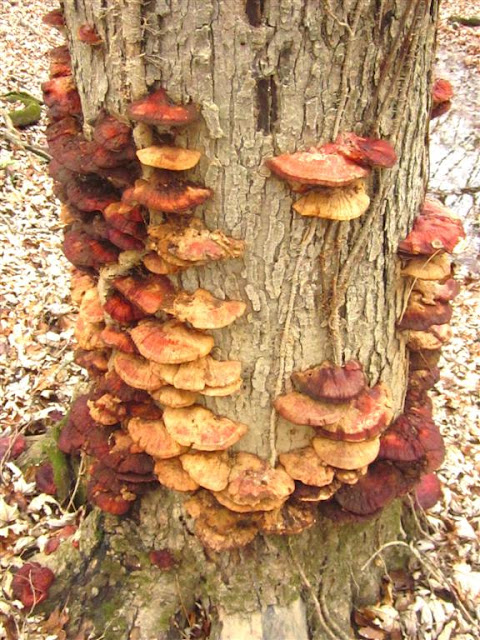 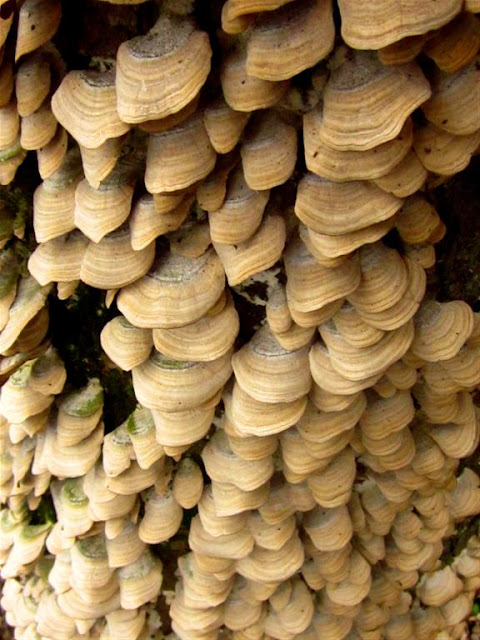 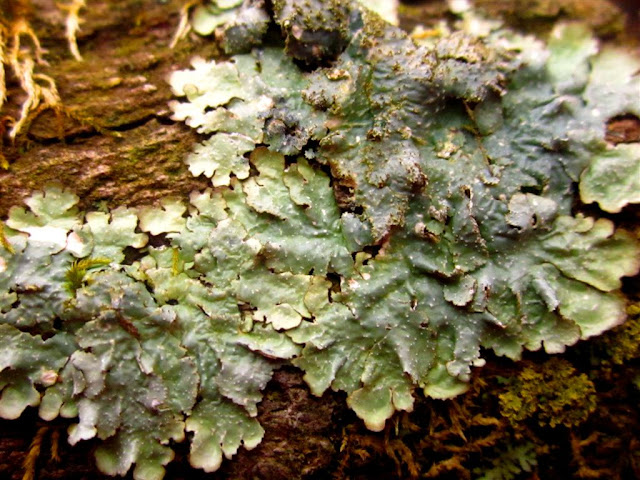 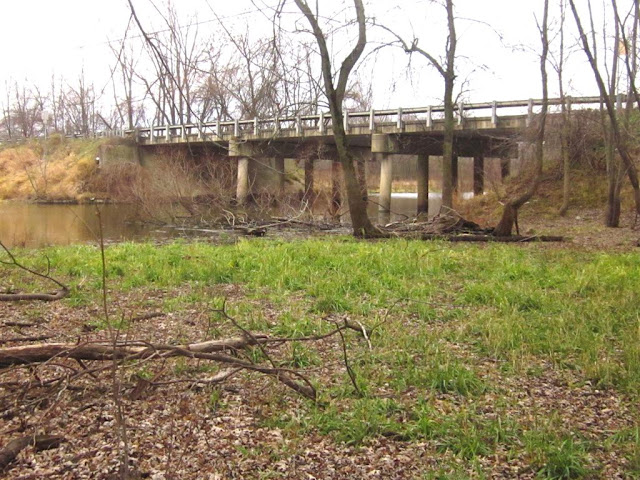 Bridge on 68th Ave over Eastmanville Bayou
Back to the van to warm up, it was 37 degrees and windy, then off on a trail to the west of the bridge. 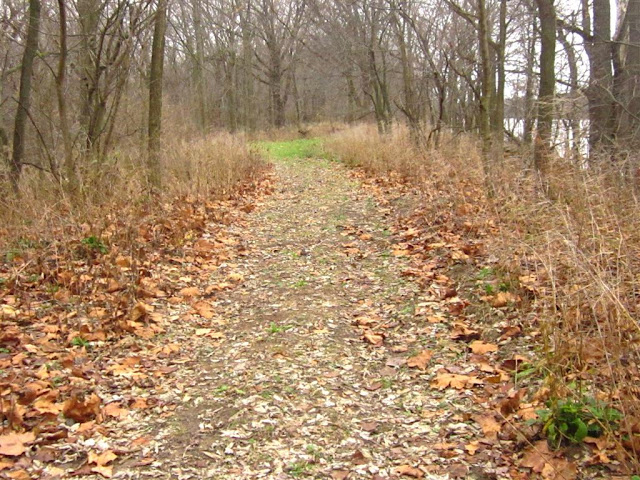 This walk was just under two miles total.

At some point along the Grand River here we found a jumbled mess of man-made debris- cement, cables, and whatnot.  Later after some research, Marie discovered there had been a cable ferry at this point a century or so ago.  It cost 15 cents for a man and his horse to cross the river and 25 cents for a horse and wagon to cross.

So you have the Grand River with a kayak launch, and a boat launch to Eastmanville Bayou, parking area, picnic tables. 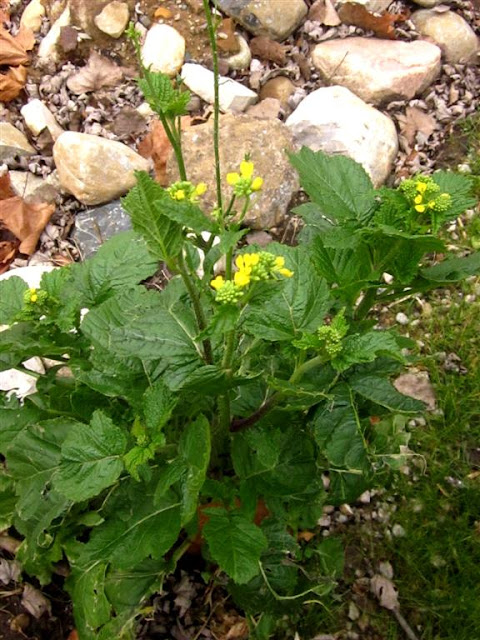 The end of November and we found mustard plants blooming, but it was a cold, gray day.
We walked about 4 miles today, we got back to my house early, so I made Kleepers.  Yum.
Posted by Plants Amaze Me at Wednesday, January 11, 2012

I absolutely love this blog! You have outdid yourself. The photos, the commentary, and all the intriguing information you give makes me want to go there.
Oh, I did!
And I went again, just now, through your words and pictures.
Ottawa County is the best in the state, isn't it?
M :)

To M :)
Glad you enjoy the blog. As you know most of the commentary and the intriguing information is plagiarism since I use your account, and your words for the blog. If this is a problem please let me know, OK.
Ottawa County has wonderful parks.

Hi! Aunt Chris, love your pictures:) Love all your snow!!! We might be getting some this week, we shall see! Take care, Kaite

Hi Katie, Thanks for your comment.
:)
Yup it is definietly winter here in Michigan. Have you and your boys been skiing?